WHAT IS WEB DEVELOPMENT? 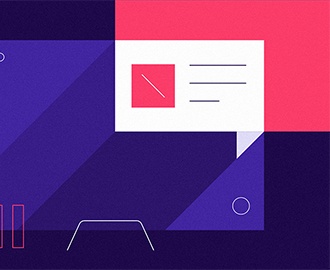 Web development governs all the code that makes a website tick. It can be split into two categories—front-end and back-end. The front-end or client-side of an application is the code responsible for determining how the website will actually display the designs mocked up by a designer. The back-end or server-side of an application is responsible for managing data within the database and serving that data to the front-end to be displayed. As you may have guessed, it’s the front-end developer’s job that tends to share the most overlap with the web designer. Some common skills and tools traditionally viewed as unique to the front-end developer are listed below:

Front-end web developers don’t usually create mock-ups, select typography, or pick color palettes—these are usually provided by the designer. It’s the developer’s job to bring those mock-ups to life. That said, understanding what the designer wants requires some knowledge of best practices in UI/UX design, so that the developer is able to choose the right technology to deliver the desired look and feel and experience in the final product.

What Exactly is Web Development?

Think of all the websites you have used over the years – Web Developers built those sites, making sure they functioned properly and performed in ways that allowed for a great user experience. Web Developers do this by writing lines of code, using a variety of programming languages, which vary depending on the tasks they are performing and the platforms they are working on.

What Are the Most Common Programming Languages?

The following programming languages are the basic tools involved in web development:

What Are the Types of Web Development?

What Is Front-End Development?

Front-end development involves the “client-facing” side of web development. That is to say that it generally refers to the portion of the site, app, or digital product that users will see and interact with. A Front-End Developer, therefore, is responsible for the way a digital product looks and “feels,” which is why they are often also referred to as Web Designers.

Front-End Developers will usually need to possess a solid understanding of programming languages, including HTML, CSS, and JavaScript, as well as frameworks like React, Bootstrap, Backbone, AngularJS, and EmberJS.

What Are Jobs in Front-End Development?

What Is Back-End Development?

The primary responsibility of Back-End Developers is to ensure the functionality of the site, including its responsiveness and speed. To do that, Back-End Developers have to know how to build servers with modern frameworks (while developing custom APIs and serving static websites and files), and how to manage databases and data on a web server. Typically, they use server-side languages, including PHP, Ruby, and Python, as well as tools including MySQL, Oracle, and Git.

What Is a Full-Stack Developer?

If the title is contentious, it’s in the generalist nature of the position. Developers who specialize in the front-end or back-end often bristle at the notion that someone could be equally adept at both – the expression “jack-of-all-trades, master of none” comes to mind.

“My defensive tendencies are normally put on high alert when I hear that magic phrase (‘full-stack’),” wrote Front-End Developer Andy Shora. “Stacks are a lot bigger than what they used to be, and being able to claim one has acquired refined skills at every layer of web development is certainly not a small claim. Does this mean you have a broad range of skills or you specialize in everything?”

What’s unclear is whether Developers are now expected to possess a broader skillset, or if Developers are taking it upon themselves to understand functions at both the front-end and back-end. Either way, it’s becoming increasingly important for aspiring Developers to have a foundation in both.

“For most people hoping to break into web improvement, you should center around working up an establishment in both front-end and back-end advancement first,” recommended Software Engineer and Tech Writer Muhammad Anser. “At that point, you can float towards a claim to fame later on.”

And with demand for Developers expected to grow 15 percent by 2026 (for 24,400 new jobs), much faster than the U.S. average rate of job growth, there may not be a better time to dive in and learn more about all the layers of Web Development